Archive for the ‘holiday’ Category

After updating all of last year, my New Year’s resolution is to do that again this year!

Looking at last year’s “Happy 2022” blog post, I see I was also supposed to post bonus strips more often. Oops! But there’s a new one today – vote for Station V3 at TopWebcomics and see a New Year themed sprite strip!

So there’s the first full calendar year of Station V3 updates since 2013! I hope you’ve all enjoyed it. To mark the occasion, even the spinoffs have updated today, for the first time since 2017. Check them out at Z7, Ebb’s Children, and Silence in the Darkness on Q16!

In other news, you may (or may not?) have noticed that I’ve removed the Twitter and Facebook feeds on the main page here. I’m pretty much done with Twitter, and there didn’t seem to be much point in posting updates on the Station V3 Facebook page, since Facebook didn’t seem to be in any hurry to show those updates to very many people. You can find me now on Mastodon.

Another change this past year, I’ve finally switched to using a drawing tablet regularly instead of pen and paper. The switch for daily updates happened back in September. I had tried a Bamboo tablet a few (10?) years back, and drew a few Z7 strips with it, but the disconnect between drawing on the tablet and seeing it on the screen didn’t work very well for me. The XP-Pen tablet works better for me, and makes a nice second monitor when I’m not using it for drawing. 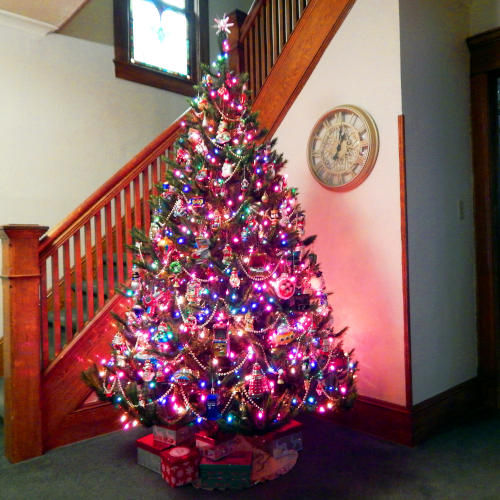 So I did start updating again, which you may have noticed. My New Year’s resolution is to try to keep doing that!

I’m also going to try to post bonus strips a little more often. There’s a new one today – vote for Station V3 at TopWebcomics and see an alternate version of today’s strip!

My New Year’s resolution is to post more new strips this year than I did the last few years combined.

Also, I hadn’t updated the voting bonus since 2016, so there’s a new one today. If you were wondering what ever happened with Rumormonger Idol (or even if you weren’t), push the button and see a new bonus strip!