Archive for the ‘books’ Category

The second Station V3 book is available now! “Fun With The Death Fleet!” continues where the first book left off, with strips from 2004 and 2005, along with a few new strips and drawings. (This is what the current voting bonus with the 2004-style rumormongers was for!) 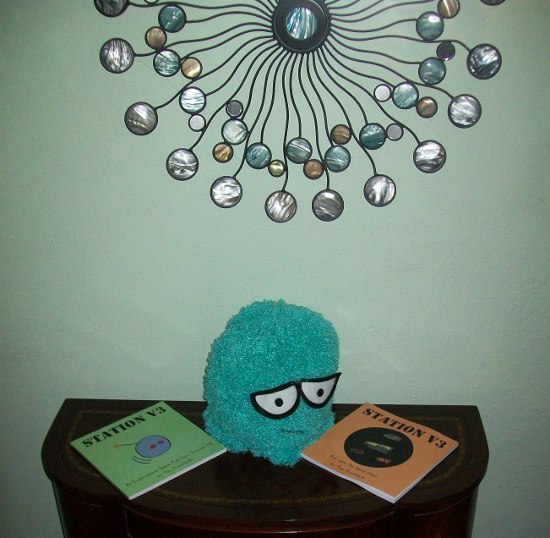 Rumor has it Willow’s Grove is a fun sci-fi comic! 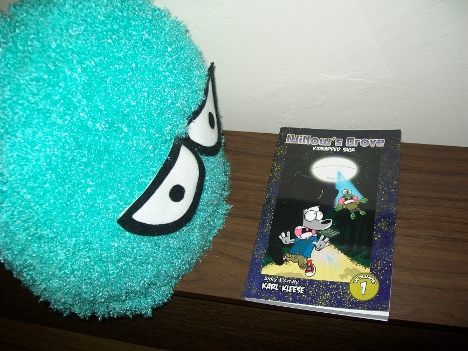 Some guys from a town in Pennsylvania find a spaceship – which then takes off with them in it. Read it today and see what happens next! (And I recommend the book, too!)

Posted in books, comics | No Comments »

My goals for Station V3 for the past few years have been pretty basic: 1. Keep updating. 2. Try to get more people to read it. 3. Keep having fun doing it.

Goal 1: You can see on the archive calendar that the first goal was accomplished! Z7 and Silence in the Darkness on Q16 also kept updating on schedule, and even Ebb’s Children had a few new strips go up.

Goal 2: The site logs are telling me this one was accomplished! 2009 was a very busy year for Station V3 in terms of site traffic, and 2010 was even better. So a big Thank You to everyone who read the comic and/or helped spread the word!

Goal 3: If this one wasn’t accomplished, I wouldn’t be here telling you this!

The goals for 2011 are the same, but with “Get the second book finished already!” added. Also I’ll try to be a little more active in terms of updating the blog, putting up bonus strips, drawing guest strips for other comics, etc.

Pointing you to other Places

I’ve got a few places to point you to today… The first is TopWebcomics, where there’s another new sprite strip voting bonus, in which Morty follows up on Ebb’s conversation with the Plant!

PodWarp 1999 has a new site up , and a number of the past episodes (including the most recent one, which you may or may not have heard already, depending on whether you downloaded it from the forum) – next stop, new episodes! Or at least the rest of the old ones!

Meanwhile, over at PC Weenies, the Rumormonger with a hat can be seen enjoying my copy of the Rebootus Maximus book!

Apparently a lot of you enjoyed going through the One Small Step archives when my guest strip went up last month – and now it’s being updated with new strips again!

As long as I’m pointing you to other people’s comics, why not give BlueStar Blues a try? It’s a fun story about a bunch of space pirates and their abducted human.

And since I don’t just want to point you to other people’s comics, check out today’s Z7!

…And since I don’t just want to point you to other sites, check out what was going on here last time August 7 was a Saturday! 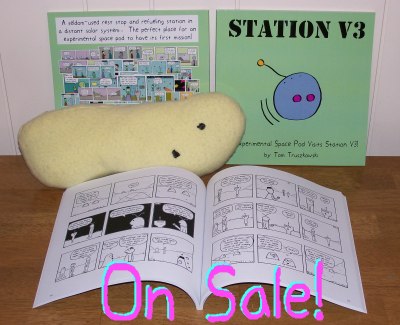 Today through the end of the month, An Experimental Space Pod Visits Station V3! is on sale for $8.88, and you can get another 10% off that by using the coupon code GREATBOOK when you order!